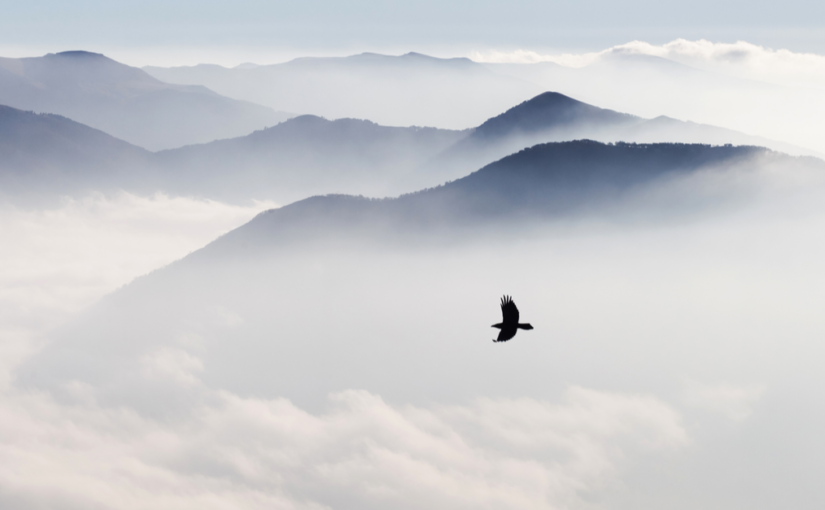 Part 1 : what is the trajectory after the growth peak?

Q2 GDP growth has reached one of the highest levels in the past 50 years. This means that the level of pre-Covid activity is already catching up in the United States, and will do so by the end of the year in the other developed economies (Chart 2). Monetary and fiscal policies have been used massively in this crisis, helping to preserve the balance sheets of economic agents and create the conditions for a dynamic recovery. 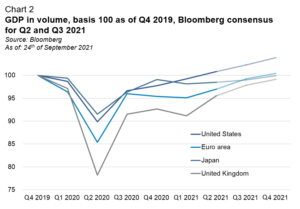 However, the very high level of surveys is difficult to sustain over the long term. Thus, after a strong surprise on the upside, economic publications are now below expectations.

The fiscal stimulus is also expected to be very negative in 2022, particularly in the United States. However, a good part of these measures is linked to the improvement of automatic stabilizers: the reduction in support therefore has no impact on growth. In the United States, Democrats are moving forward to vote on the budget requested by the White House, which would make a significant part of the increase in public spending sustainable (Chart 3). Similarly, disbursements of the European aid plan have begun and will continue to produce their effects. The German elections could lead to a government that is more focused on public spending. 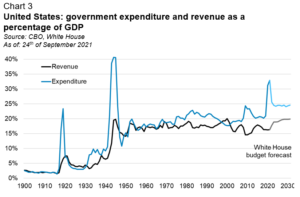 In China, the economic recovery has been rapid, but the peak in growth has passed and data points to a slowdown in the third quarter, especially in services. The normalization of these factors points to a rebound in the coming months. Economic policy could also become more pro-growth.

Due to the scale of the support measures and the rapid recovery, the output gap (the difference between the level of actual activity and the potential level) has closed much faster than in recent recessions, suggesting earlier inflationary pressures.

In the United States, although certain categories of goods explain most of the increase in inflation (real estate, used cars, energy), almost all consumer segments have recorded price increases above their historical average (Chart 4). This macroeconomic observation is confirmed at micro level: surveys of companies’ intentions also indicate a desire to increase prices. 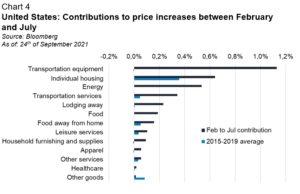 In the euro zone, the acceleration in inflation is lower and is largely due to the base effects of 2020. However, the figures for the last few months are slightly stronger than in the past.

In the United States, the recovery led to a rapid decline in the unemployment rate, which returned to 5.2%, from a low point of 3.5% before 2020. However, employment data is showing conflicting signs. While there are only 3 million more unemployed than before the crisis, it is interesting to note that in the absence of a health crisis, following the trend at work from 2010 to 2019, the US economy would ordinarily have about 8 million more jobs than currently (Chart 5). Should we conclude that 5 million job seekers exist, but are not represented in the statistics? In fact, the number of people not included in the working population, but looking for a job, is just 1 million higher than at the end of 2019 (Chart 6). 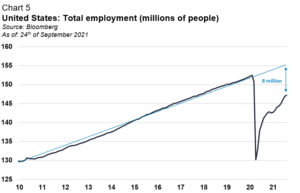 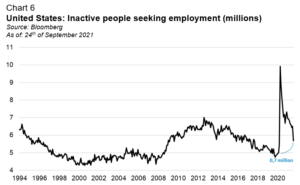 Not only does the US economy have few job seekers, but job supply is particularly dynamic (Chart 7). The US economy thus has 4 million more jobs to fill than in 2018–2019. Households’ assessment of the labor market has also returned to the high point of 2000 and companies are reporting hiring difficulties not seen in 40 years. The JOLTS survey shows historically high levels of resignations and a historically low level of layoffs. These pressures have passed on to wages: over the past 12 months, hourly wages have risen at their highest rate since the early 1980s. The most common explanation for this tension in the labor market is the presence of very generous unemployment benefits, which are now reaching maturity. Some people were also able to delay their return to the labor market for childcare reasons, and the return to school should resolve this issue. 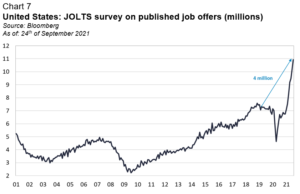 In Europe, the unemployment rate is only 0.2 points above its previous low, excluding the outlier point of March 2020. In most countries, the number of open offers has reached or is approaching all-time highs.

The opinion expressed above is dated September 2021 and is liable to change. Latest available data as of publication date.