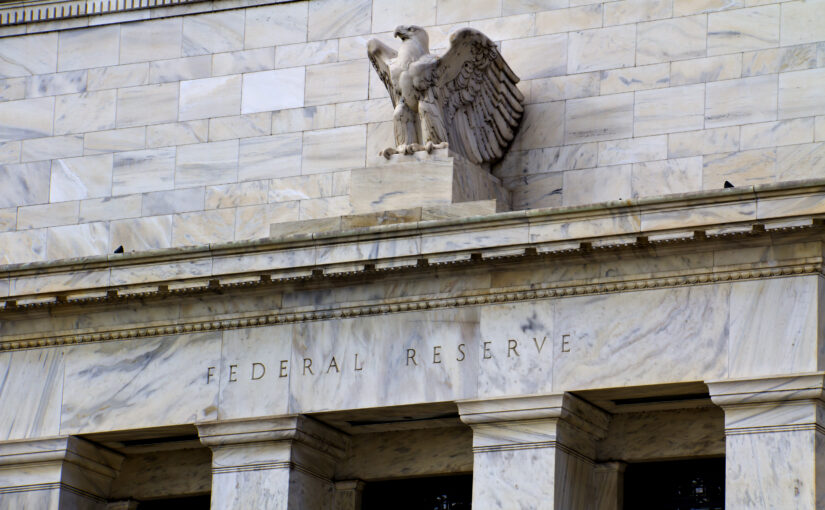 Chart of the Week

The Federal Reserve increased the federal funds rate by 50 bps at its gathering on 14 December. The move concludes an extraordinary year during which the Fed’s policy rate range climbed from 0–0.25% to 4.25–4.50%. The last time rates increased at such a fast pace was in the eighties. Since then, rate rises during monetary tightening cycles have seldom exceeded 2.00–2.50% in a single year.

Further rate hikes undoubtedly lie ahead. By the end of December 2023, members of the Federal Open Market Committee (FOMC) expect the rate range to be 5.00–5.25%. Of the 19 members, only two saw rates peaking lower than the mid-point and seven saw them surpassing it. This would suggest that the Fed plans to raise rates by at least another 0.75 percentage point in early 2023 and subsequently maintain that level until the end of the year. Rate cuts would only start in 2024.

As the chart below shows, investors are expecting a much lower pathway for rates. The market is pricing in just 50 bps of Fed rate hikes in the months ahead and believes that lowering will begin in the second half of 2023.

Weaker inflation figures for October and November have supported investor sentiment that the inflation peak is behind us, opening the door to monetary policy easing. However, a closer look at the inflation breakdown shows softer price growth mainly in the goods affected worst by the Covid-19 pandemic, such as second-hand cars.

More fundamentally, the Fed will be wary of inflation for as long as wage growth remains robust and the latest figures indicate no let-up. The recent inflation figures are unlikely to convince a Federal Reserve so keenly focused on reaching its 2% target and the gap between market expectations and the Fed’s dot plot could make for a choppy 2023.*

The opinion expressed above is dated December 16, 2022 and is subject to change.