Since the UK referendum on June 23rd, sterling has fallen almost 15% against the euro and the dollar. In terms of the markets, it is the UK’s currency that has been most affected by Brexit. As investors start to take the inflationary consequences of sterling’s decline into account, long-term rates are now headed upwards after undergoing a steep fall. Sterling’s fall has also boosted UK equities. In terms of the economy, monthly PMI indices have been recovering since July’s steep slide and the composite PMI has reached its highest level since January. 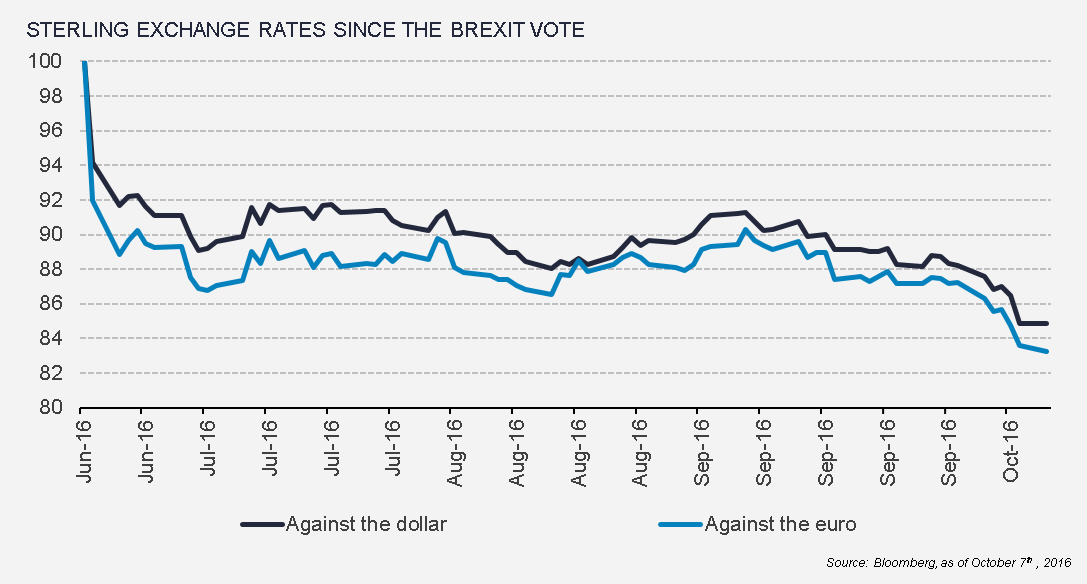 The harsher tone of Theresa May’s speech at the Conservative Party Conference, and ahead of negotiating the UK’s exit strategy from the European Union, clearly triggered sterling’s most recent downturn and we believe that it is set to continue. Indeed, despite the weakening and according to the real effective exchange rate index, sterling is not that much cheaper than in 2011-2013 and further falls will be needed to reduce the UK’s current account deficit, which remains very high at 5.7% of GDP for the 12-month period to the end of the 2nd quarter 2016.

The opinion expressed above is dated October 7th, 2016 and is liable to change.