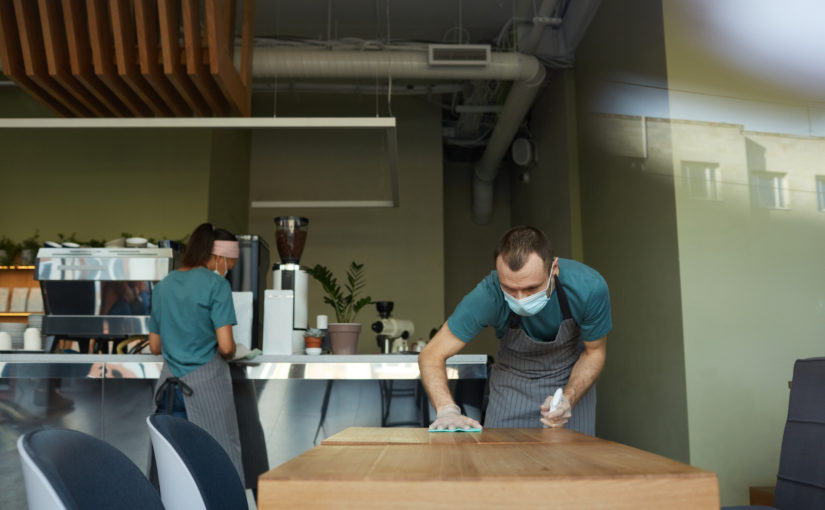 April’s new jobs creations have fallen far short of expectations. While the consensus had been for nearly one million new jobs to be created, only 266,000 materialised. Is this a sign of a more anaemic recovery than was expected?

Several indicators suggest that the situation is due to a shortage in labour supply. The increase in the number of hours worked and the sharp rise in hourly wages can be interpreted as signs that companies are finding it hard to recruit staff.

When asked about this issue, small businesses report that it has been unusually difficult to fill job openings. The situation even seems to have deteriorated significantly in recent months. 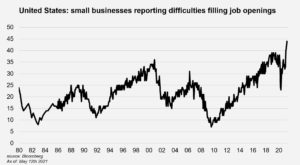 So, what might be causing the problem? Career changes may be part of the explanation, as some people have switched sectors and do not want to return to their previous field of work. However, the number of unemployed remains stubbornly high, as does the number of people voluntarily quitting their jobs.

The situation may be a consequence of pandemic unemployment assistance: at $300 per week, some people are receiving at least the same amount in unemployment benefit as their original wage, which reduces the incentive to return to work. While the scheme is due to expire at the beginning of September, the Biden administration has already announced that those refusing a job offer will no longer be able to collect their unemployment benefit.

The following opinion was written on May 12th 2021 and is susceptible of changing.