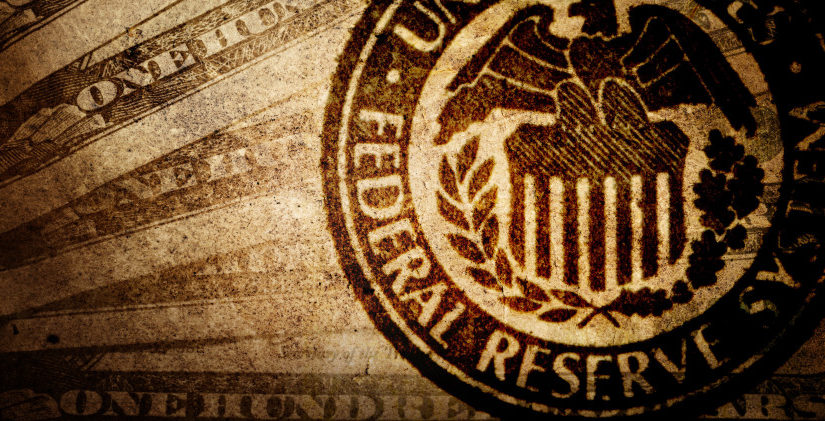 What are the highlights of the Federal Reserve (FOMC) meeting and the press conference?

On the following “dot plot” graph, the midpoint of the FOMC members forecast still corresponds to two rate hikes by the end of 2015, four in 2016 (against five previously) and five in 2017. However, seven members anticipate no more than one rate increase by the end of the year, while they were only three in March. Overall, the members presenting the highest forecasts have slightly reduced theirs. Nevertheless, we can observe that there are still six members out of seventeen for whom the rates should be close to the long-term level of 3,75% by the end of 2017. 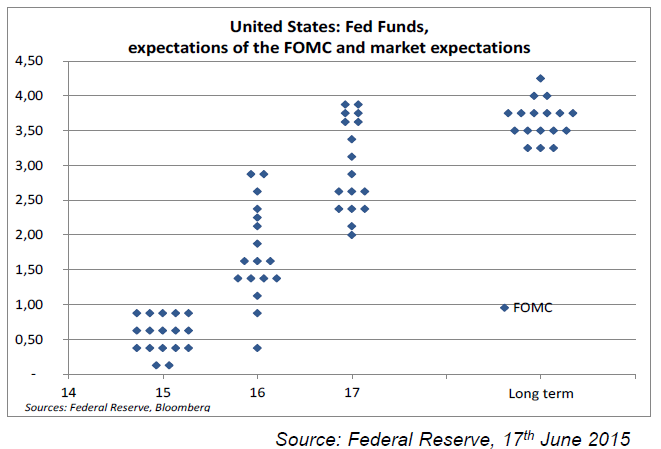 She also made an interesting comment on the rise in 2004, stating that it should have been faster at the time. She did not mention the macro-prudential policy, while the latter is presented as the response of financial excesses. This seems to undermine the idea of an “uber-dovish” Janet Yellen and shows that she will not hesitate, if economic conditions make it necessary, to raise the interest rates faster.

When asked about the Greek situation, she replied that it could have an impact on the world and thus the United States, but that the exposure remains limited.

The Speech was “dovish” but the information confirms that, if the economy continues on its current trend, we can expect two hikes by the end of the year, that is one in September and one in December. The very careful speech and the slight decrease in 2016 forecasts seem to be there to prevent a rapid rise in long term rates. Janet Yellen has further emphasized the dependence on data of the Federal Reserve politics. We must therefore expect symmetrical changes in the trajectory of rates if the data comes to us as a surprise as much in the event of a rise as in a decline. With labor markets that seems to stretch from month to month, members of the FOMC will probably revise upwards their Fed Funds trajectory forecasts for next year.